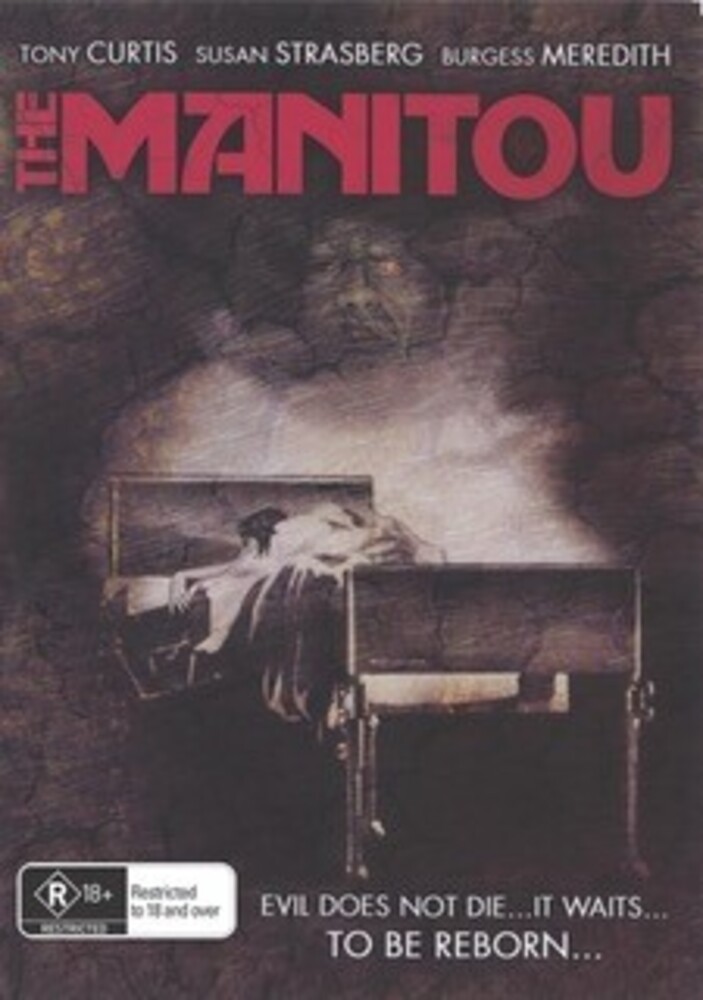 What surgeons thought to be a tumour growing on the neck of patient Karen Tandy (Susan Strasberg) is actually a foetus growing at an abnormally accelerated rate. But when Karen reaches out to former lover and phony psychic Harry Erskine (Tony Curtis), she discovers that she is possessed by the reincarnation of a 400-year-old Native American demon. Now with the help of a modern-day medicine man (Michael Ansara), Erskine must survive this ancient evil's rampage of shocking violence and forever destroy the enraged beast known as The Manitou. Stella Stevens, Ann Sothern and Burgess Meredith co-star in this infamous shocker produced and directed by William Girdler (Grizzly, Day of the Animals) from the best-selling novel by Graham Masterton.