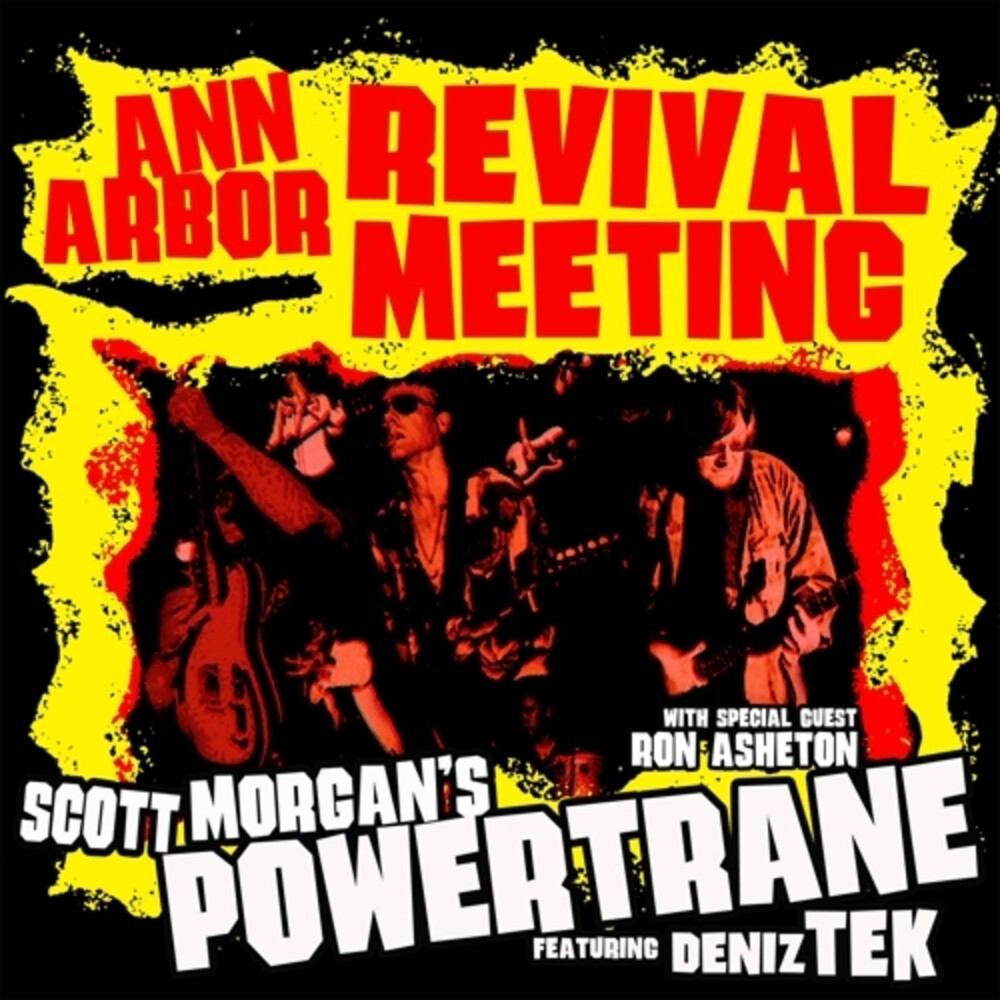 Living up to it's title, Ann Arbor Revival Meeting is a cross-generational project from 2002 that brings to life Ann Arbor and Detroit's rock legacy through a combination of some of it's key protagonists. Scott Morgan, who leads the band at the core of the record, Powertrane, goes back to mid '60s days, to The Rationals, who ruled the local teen scene alongside the likes of Bob Seger and The Last Heard. In the '70s, he fronted the seminal Sonic's Rendezvous Band, alongside Fred "Sonic" Smith of the MC5 and Scott Asheton of The Stooges. Deniz Tek, guest for the entire show, is an Ann Arbor native who spent most of the '70s in Sydney and led the mighty Radio Birdman. Ron Asheton, the special guest who appears playing guitar on the handful of Stooges tunes here is the man who played on them originally, the great and sadly now late guitar innovator who was at the core of The Stooges' huge influence across of the '70s and beyond. Representing the younger generation are Powertrane's rhythm section Andrew "Box" Taylor on bass, who instigated the band's shows with Tek and Asheton, and Andy Frost, a great drummer who sadly passed away in 2010, had been mentored by Scott Asheton. Additionally, local identities Robert Gillespie and Hiawatha Bailey are present. Robert Gillespie is Powertrane's regular lead guitarist, a long time sideman for original R&B belter Mitch Rider and a former member of Rob Tyner's new MC5 in the late '70s. Hiawatha, who sings a couple of the Stooges covers, was a Stooges roadie back in the day and later front man of local punk-rockers The Cult Heroes in the late '70s and '80s. Originally released on CD only by Real O-Mind Records in 2002, this is one of the great live albums.