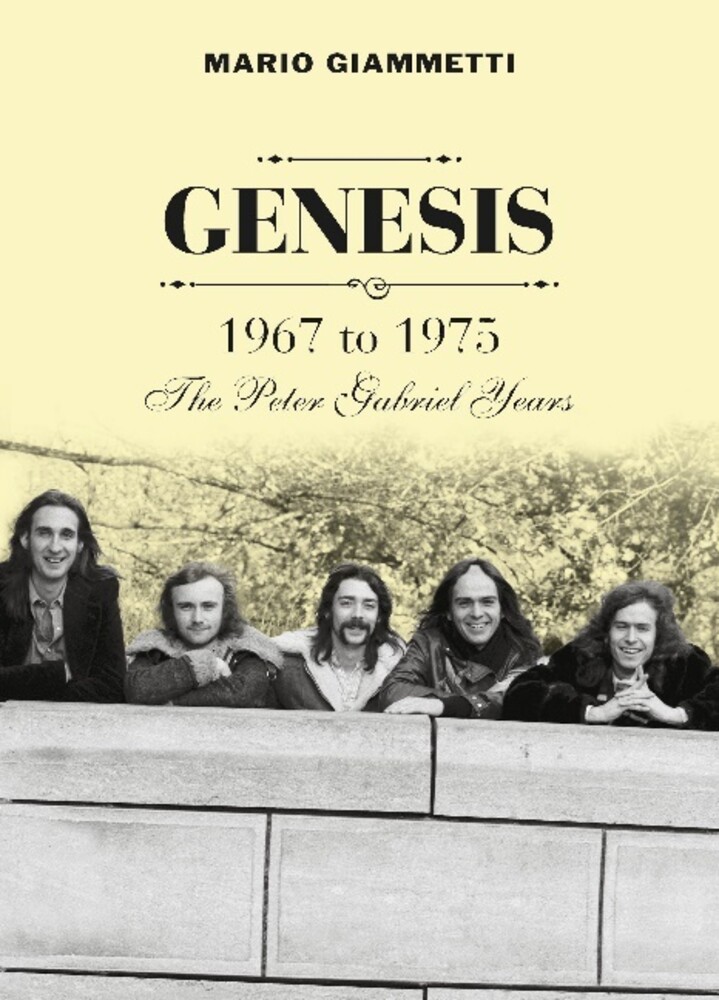 Genesis - 1967 to 1975: The Peter Gabriel Years' is the definitive biography of the early years of one the world's greatest rock bands! The book contains numerous exclusive interviews with band members and with all the important personalities who were part of the story of Genesis between 1967 and 1975. Features a number photographs which have never been published previously, plus interviews carried out with individual members of Genesis during listen through of each of the band's first six albums. Mario Giammetti is an Italian music journalist with over 30 years' experience. He has written for numerous leading Italian music magazines. In 1991he founded Dusk the only printed magazine in the world dedicated to Genesis. He has written 14 books related to the world of Genesis. 'Genesis - 1967 to 1975: The Peter Gabriel Years' is his first book to be published in English